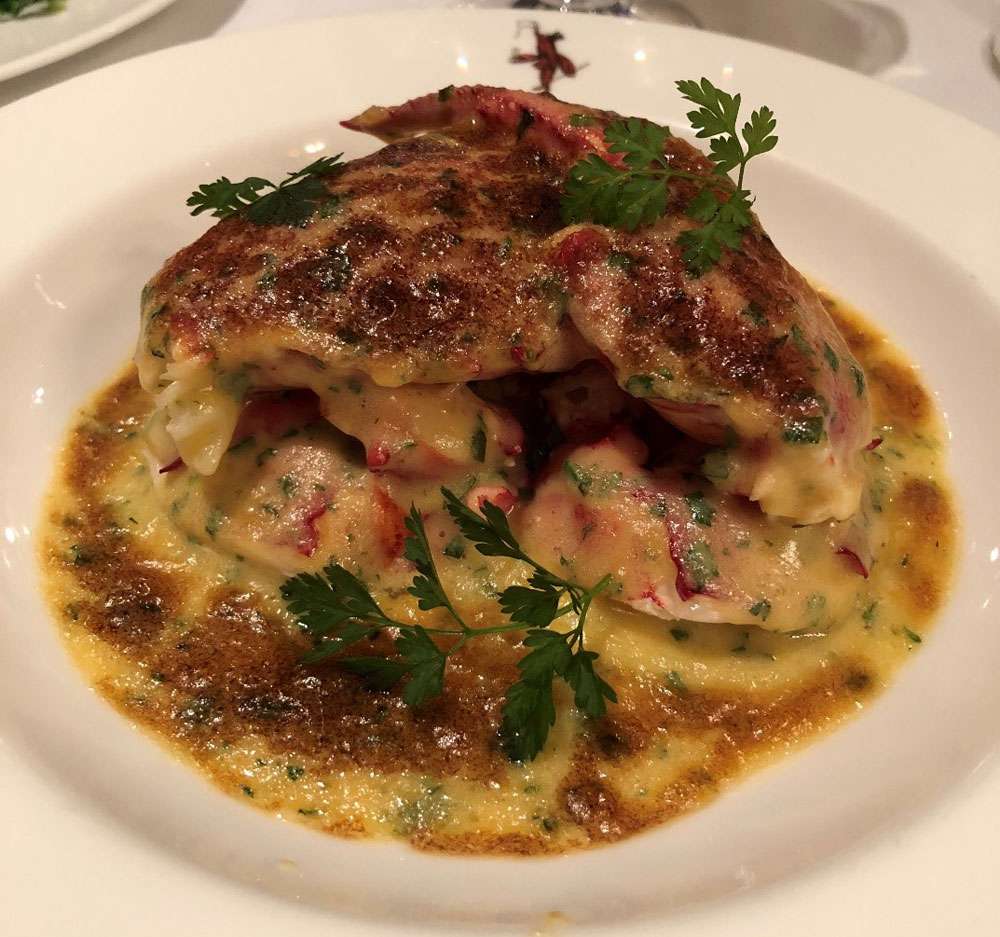 Chef: ‘I’ve no idea who the chef is.  Wiltons is above all that stuff.  It’s about the customer, about making them feel like the potentates they probably are’! https://www.theguardian.com/lifeandstyle/2014/may/02/wiltons-london-sw1-restaurant-review

Price: it doesn’t matter; it’s worth every penny.  One famous diner once wrote: ‘It took me twenty years to qualify for a regular booth table.  Given another twenty, I may even muster the courage to read the bill from time to time!’

Review: Wiltons is a classic; a British institution.  We visit often; the menu and decor hasn’t changed in many years, and I have never been anything other than truly delighted.  You never know who will be sitting at the next table – film stars, royalty, politicians, and we are all enjoying the best of British food served “properly”.

Wiltons was an oyster stall on the Haymarket from 1742.  It became a restaurant on Ryder Street in 1840 and received its first royal warrant in 1884.  During the Blitz, in 1942, on the day that a bomb fell on St James’s Church, it was owned by a Mrs Leal.  The legend is this: Mrs Leal folded up her tea towel and remarked to Olaf Hambro, who was sitting at the bar, that Wiltons was for sale.  He requested that the sale price be added to his bill.  The Hambros still own it.  It moved to the current site in St. James’s in 1984.

When we arrived, we were escorted to our table and offered a glass of champagne while we perused the menu.  Being a fish Friday, a magnificent salmon coulibiac was perched on the carving trolley like a crown jewel, ready for our inspection.  On previous visits we had tried the roast beef, which was just as memorable as this imposing salmon Wellington.  The meal was perfect, the food delicious.  Everything from the prawn cocktail and lobster thermidor, to the dover sole and Welsh rarebit, are simply top drawer.  I will return again and again.

There is an extensive wine list as you would expect.  I chose a Cuvaison Chardonnay from Napa, USA.  This has an apple aroma which is very fresh and a little zesty.  Its great with fish