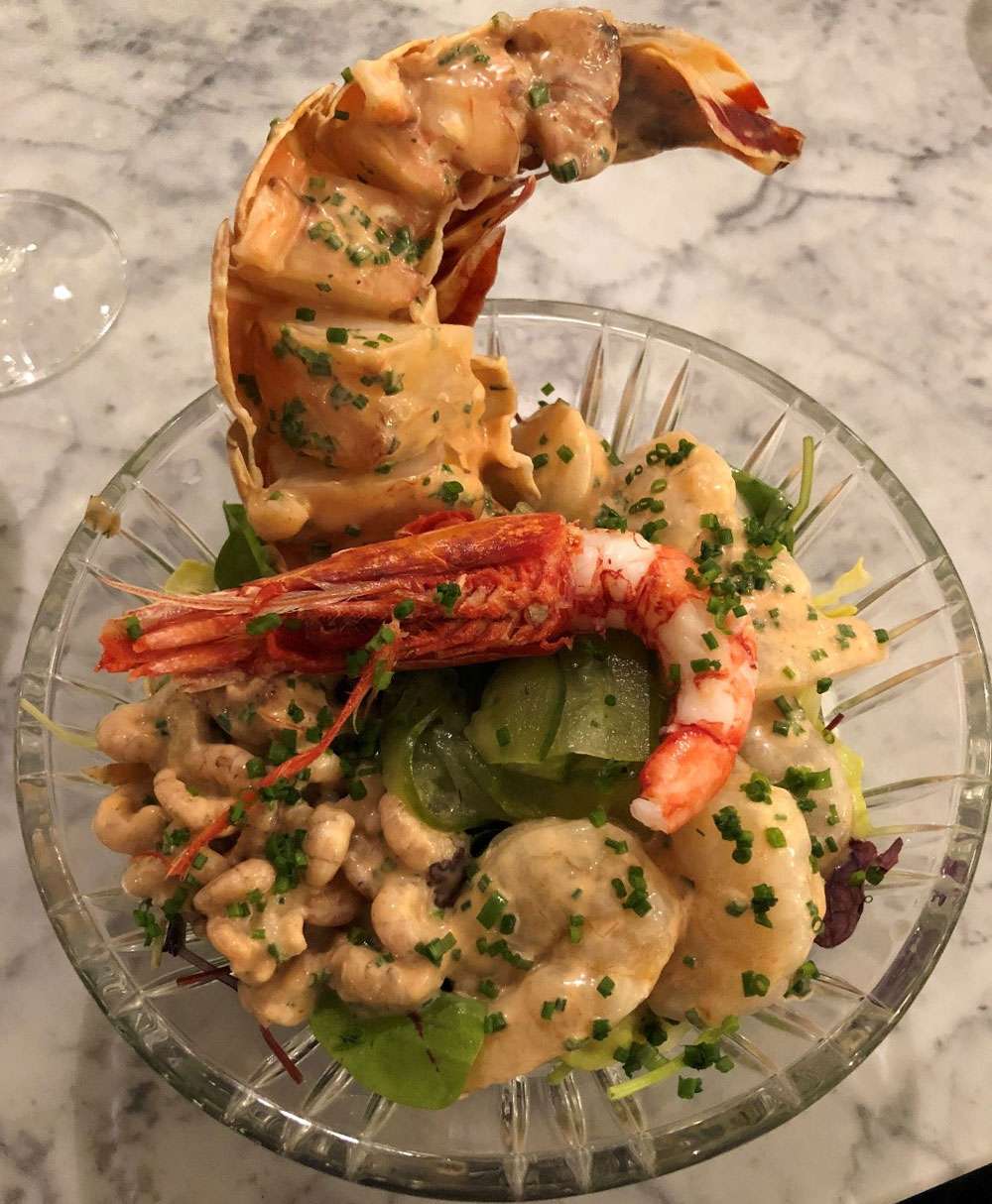 The restaurant specialises in oysters, served from a dedicated bar, small plates such as crab on toast and moules marinière, larger plates including teriyaki salmon and fish and chips, as well as meat and vegetarian options.

We were made very welcome by the front of house team, Laura Rosaire and Clement Loubeyre (ex The Cross, Kenilworth).  The team were excellent – they could answer all my questions about the food, they were knowledgeable, attentive and friendly.

We had a fabulous dinner.  The food was very good. There is a great selection of oysters, and the fish dishes we ordered were superbly cooked and presented.  I had turbot, cooked on the bone, which was very juicy and tasty.  Diners on another table had the Dover sole, which was huge and looked fabulous.  Unfortunately, the chips are carefully cut potato rectangles, not fries.  We shared a lemon tart for dessert which was outstanding.  I can’t wait to go back for the sole!

The restaurant, designed by Faber Design (they designed many others in the Birmingham area, including Adam’s and The Bracebridge), has a dedicated oyster bar, with seats around and adjacent to the bar, and larger tables downstairs.  The kitchen is downstairs and can be viewed through a large window.