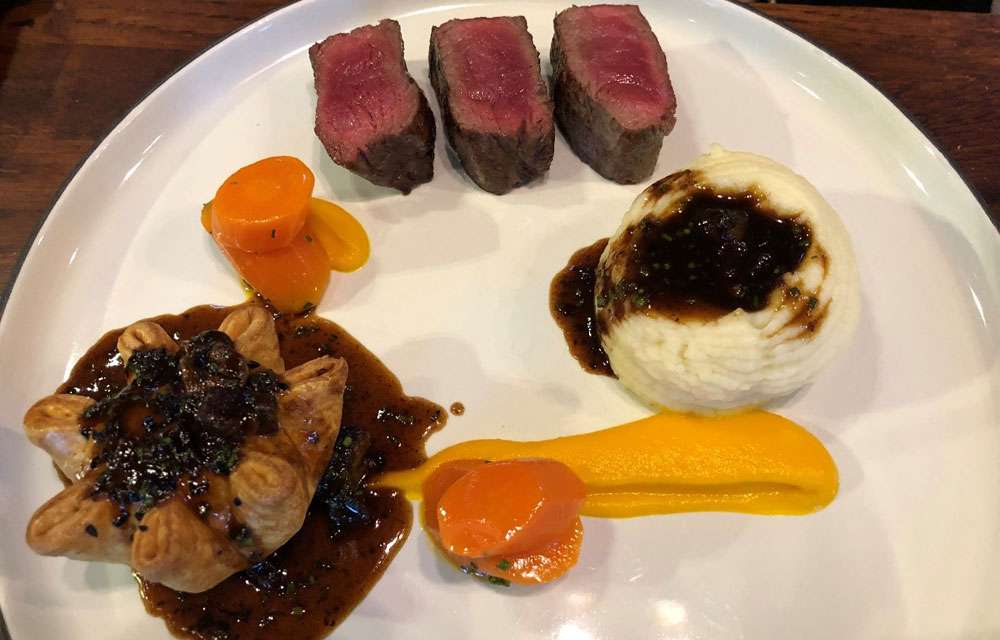 Chef: Adam Bennett – Having spent almost ten years as Head Chef at the Michelin starred Simpsons in Edgbaston, Adam Bennett took over as Chef Director of The Cross at Kenilworth in September 2013. Within 12 months they received a Michelin star which it maintains today.

Adam first trained in a busy family run Hotel Restaurant in Bavaria, Germany. He went on to work at The Dorchester Hotel London under Anton Mosimann OBE, Restaurant Marc Meurin in Bethune, France and Restaurant Guy Lassausaie in Lyon – all two star Michelin.

Owner: Andreas Antona – Andreas’s early years were spent working in kitchens in Germany and Switzerland. Since then, he has worked with some of the biggest names in the chef world, including Michael Quinn MBE, Britain’s first celebrity chef and Anton Mosimann OBE. He left London to work in the Midlands and it was in the renowned Plough and Harrow in Birmingham where he began winning international acclaim. In 1993, Andreas opened his first restaurant Simpsons in Kenilworth and was among the first restaurants in the area to win a Michelin star which it maintains today. Andreas left the kitchen to focus on life as a restaurateur and took over The Cross in Kenilworth in 2013, he is also part of the team behind Pure Bar & Kitchen in Birmingham.

Andreas is a great supporter of training and education and is a longstanding governor of University College Birmingham.

Review: This restaurant continues to produce fabulous food.  I have visited many times before, and the Sunday lunch is the best in the Midlands.

The restaurant focuses on Euro-accented flavours.  You will often find wood-smoked eel with potatoes (when eel is available), or loin of Cornish spring lamb accompanied by glazed carrots, apricots, cracked wheat, sheep’s yoghurt and spiced jus.  The Cornish crab soup with saffron mayo is a must when it is on the menu, while there is always a light, fluffy soufflé for dessert.

The wine list is extensive and very easy to navigate.  The service is of an extremely high standard.  Staff are friendly and knowledgeable.  They also know how to make a good Dry Martini.  This is one of the best restaurants in the Midlands and definitely worth a visit.