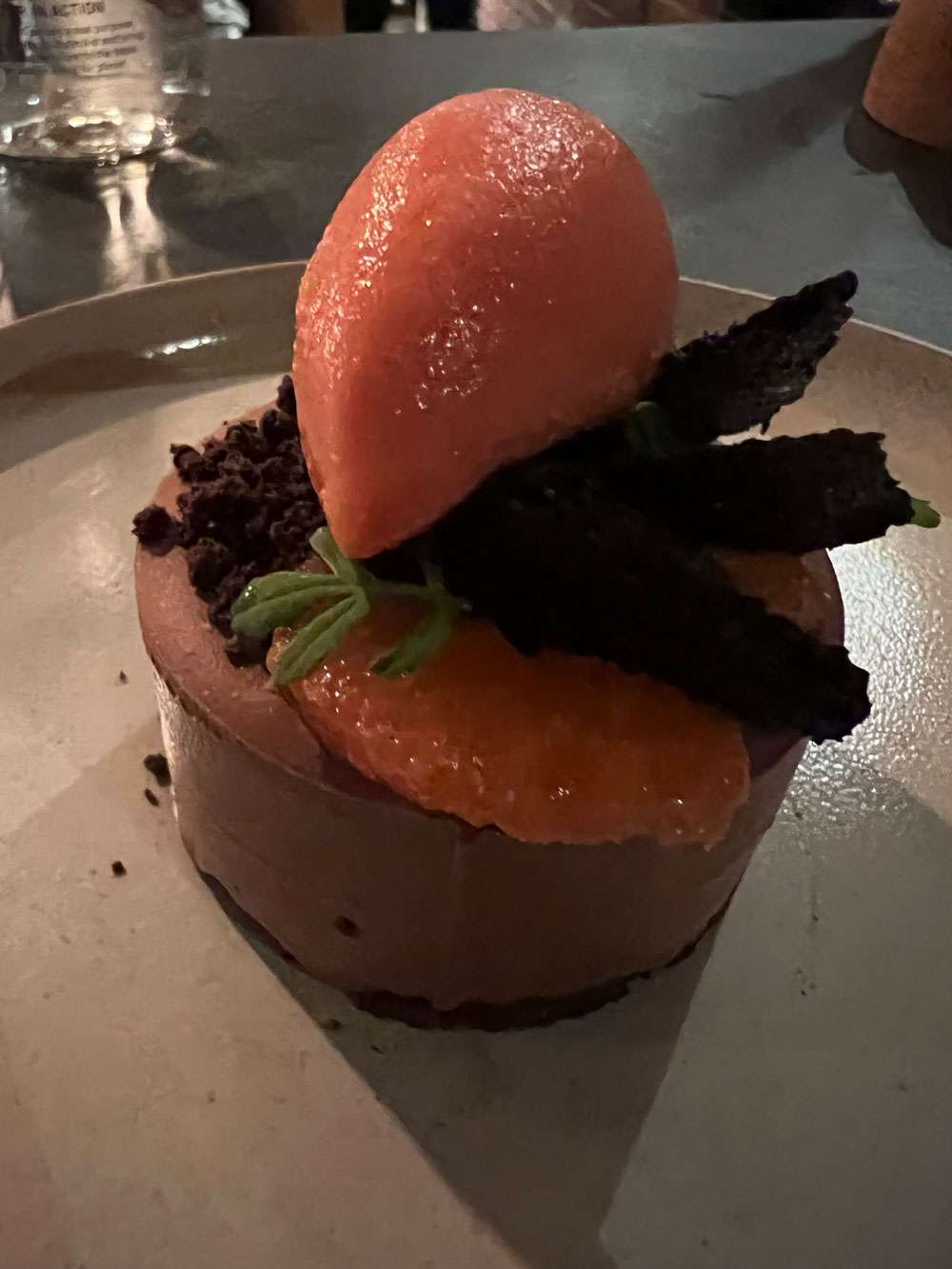 Smoke sits on the edge of Hampton Manor’s walled garden and is where 2019 Masterchef The Professionals winner, Stu Deeley cooks over coals.  The chefs use barbecues like the ones used by Nathan Davies (chef-owner of SY23 restaurant in Aberystwyth, an Ynyshir alumnus, and currently representing Wales in The Great British Menu 2022).

The restaurant is very relaxed.  We sat at the bar to eat.  The lights are dimmed and there’s good music.  Wine is on tap so you can enjoy carafes of different wines, as well as wine by the glass and bottle.

As you would expect, the food is very good.  We started with some garden vegetables and cured meats, served with a great sourdough made at Hampton Manor, and Ampersand butter.  The vegetables were very fresh and had definitely been picked that morning!

We both chose the Skrei cod, with XO sauce, brown shrimps and broccoli for the main course.  Skrei is a type of migratory Arctic cod that appears off the coast of northern Norway every winter.  It’s at its best from January to April, and after that, the fish move on, so there is no more skrei until the following year. It has the same delicate flavour as cod but with giant, meaty flakes.  The cod and XO sauce combination were excellent.  The main courses were accompanied by very good boulangère potatoes and barbecued hispi cabbage with a garlic and dill dressing.

This is a great restaurant, serving high quality food.  The barbecued flavours Stu achieves are extraordinary.  It’s definitely worth a visit, and it’s only £50 per head! He was Head Chef at The Wilderness, Birmingham (Michelin rated and 3 AA Rosettes) from October 2017 to December 2019.  In 2019, Stu took part in MasterChef: The Professionals, and won.

Stu in the kitchen at Smoke: