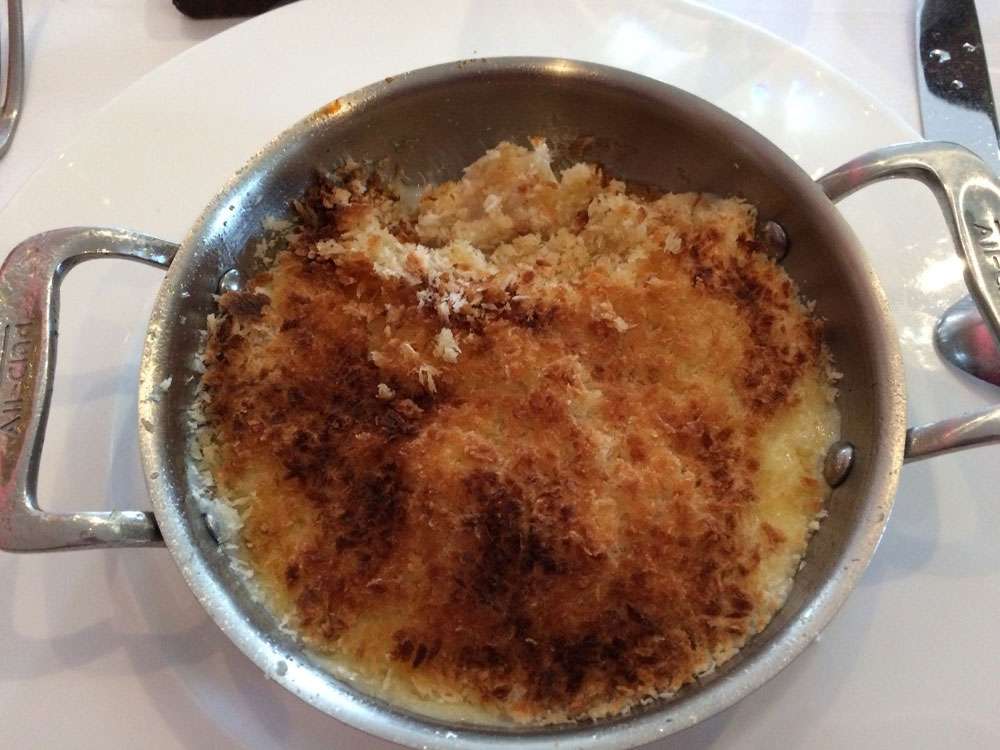 Chef: Stephane Delourme – French born, Stephane worked in Paris at two Michelin-stars Sully D’Auteuil.  In 1989, he moved to England where he worked in London’s Roof Restaurant at the Hilton on Park Lane.  Stephane was also instrumental in the opening of some of London’s most distinguished restaurants, working alongside leading chefs of the time including Michael Croft at Mirabelle and Martin Webb at Quaglino’s.

Rick Stein – Christopher Richard “Rick” Stein, CBE was born 4 January 1947.  He is head chef and co-owner of “Rick Stein at Bannisters” at Mollymook, New South Wales, Australia, and owns four restaurants in Padstow, a fish and chip shop in Falmouth, and fish and chip shops in Porthleven and Newquay.

After appearing on Keith Floyd’s 1985 series Floyd On Fish as a guest chef, he was offered the chance to present his own series – like the “travelogue” style of cookery show pioneered by Floyd – on BBC television.  In many of his cookery series he was accompanied by his Jack Russell, Chalky, who became as famous as Rick.

Rick was awarded the CBE in the 2017 New Year Honours for services to the economy.

Review: We have been visiting The Seafood Restaurant for the past twenty years.  This is my favourite restaurant in Padstow.  The food is great, staff good fun, and there is a lot of energy in the restaurant.  Its not Michelin star, and it doesn’t need to be.  I can’t wait to go back!

The restaurant: Opened by Rick and Jill Stein in 1975, The Seafood Restaurant in Padstow is famous for the freshest of fish and shellfish.

Koshu Hishiyama Private Reserve 2015 Grace Winery, Yamanashi – The Koshu Hishiyama Private Reserve has melon and peach in the background, together with minerality from the complex granite soils found in the Hishiyama district.  The remarkable freshness and elegance of the Koshu is present but with a crisp length and mouthwatering acidity.  There are similarities to an Albariño or Cru Chablis.  This is perfect to accompany fish.