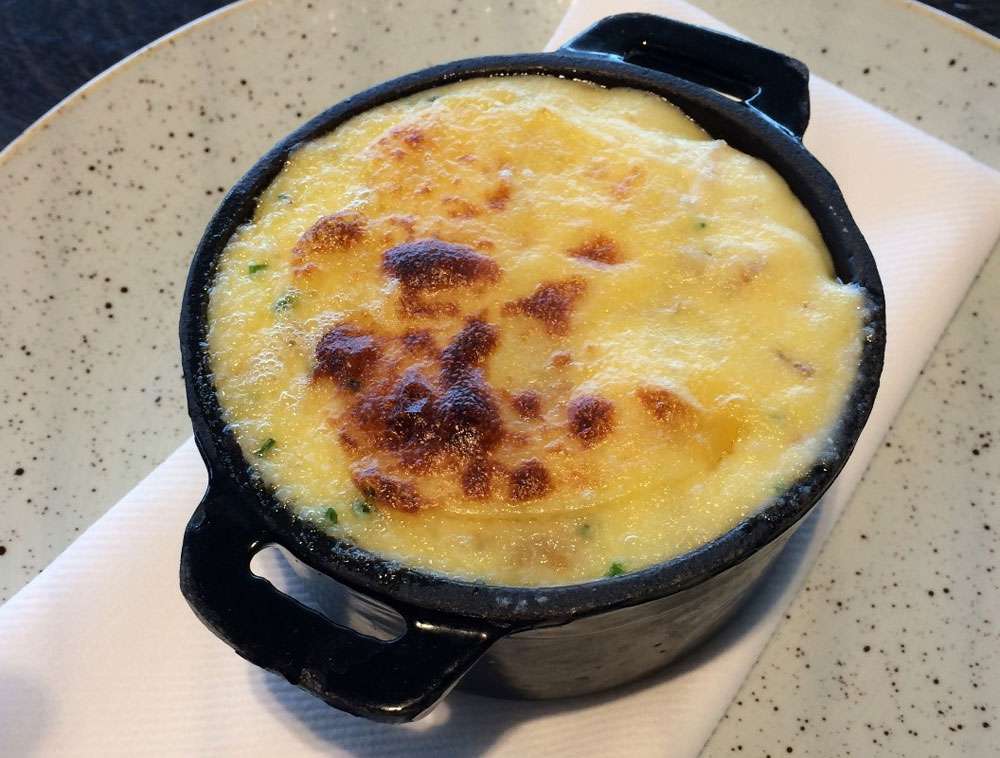 Chef: Mark Sargeant – Mark’s first job was at Boodles Gentleman’s Club in St James’ London, working with Keith Podmore.  This was a great introduction to traditional British food. Then Mark returned to Kent to work at Reads Restaurant in Faversham under the instruction of David Pitchford.  During his 3 years as Sous Chef at the restaurant, Reads gained its first Michelin Star.

The he moved back to London and a new position at Le Souffle Restaurant at the Hyde Park Hotel where he worked with the late Peter Kromberg.  He worked at the establishment for 18 months and whilst there, worked at Chez Nico on Park Lane on his one day off each week.

It was at his next position, working with Steven Terry at Oliver Peyton’s Coast Restaurant, that Mark won Young Chef of the Year in 1996.  It was also here that he met Gordon Ramsay and then started to work with him in February 1997 at Aubergine.  Along with the rest of the Aubergine team, Mark went on to open Restaurant Gordon Ramsay as Sous Chef and stayed there for 4 years, during which time the restaurant won its 3 Michelin Stars.

In the late 1990’s Mark’s talent and dedication to the job was rewarded with the appointment of Head Chef at the new Gordon Ramsay at Claridges. Here, Mark gained a Michelin Star a year later and was also awarded the title of Chef of the Year.

Mark “Sarge” Sargeant was Head Chef for 7 years during which he also instigated the opening of Ramsay’s three new pubs, The Narrow, The Warrington and The Devonshire, and was also instrumental in the opening of Foxtrot Oscar.

The restaurant: In June 2011 Mark opened two restaurants in Folkestone. “Rocksalt” is the harbour-front restaurant and bar, while “The Smokehouse” is the fish and chip restaurant and takeaway, there are also four bijou “Rocksalt Rooms”

Review: Mark Sargeant’s restaurant is located right on the harbour in Folkestone, with panoramic views.  It has a great bar upstairs, where they know how to make a good dry martini.  There are a range of classic and contemporary dishes, and a range of daily specials that depend on the day’s catch.  If you are in Folkestone, waiting for a ferry, then this is the place to go.