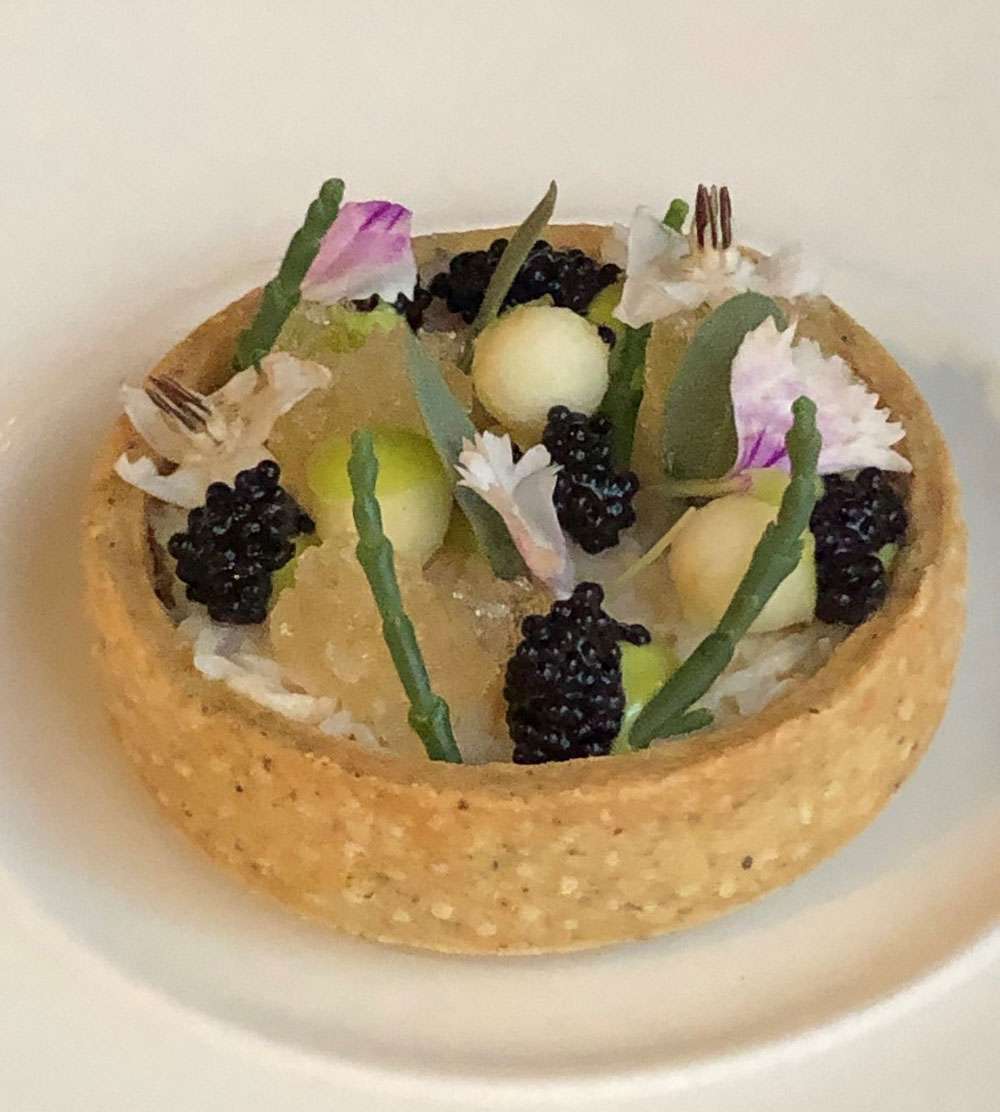 Chef Patron: Glynn Pernell (the “Yummie Brummy”) – started cooking professionally at the age of 14 at the Metropole Hotel at the NEC.  His career in fine dining started in 1996 when he joined Andreas Antona at Simpsons restaurant (then based in Kenilworth, Warwickshire) as chef de partie.  While at Simpsons he worked on placements with other chefs including Gordon Ramsay and Gary Rhodes, and at restaurants in Lyon, Montpellier and the Basque Country.  His next professional step was as Chef de Partie at Simpson’s Restaurant where he progressed to the position of Sous Chef.  The restaurant was awarded a Michelin star in 1999.

In 2002 he worked for six months as Sous Chef at Claude Bosi’s Hibiscus restaurant in Ludlow, Shropshire.

In 2003 Purnell was appointed as Head Chef at Jessica’s in Edgbaston, Birmingham, which was awarded the first Michelin star given to a Birmingham restaurant in 2005, and was also named English “Restaurant of the Year” by the AA the same year.  Jessica’s held 1 Michelin star for 3-years up until 2007.

Purnell left Jessica’s in 2007 and opened his own restaurant, Purnell’s in Cornwall Street.  This was awarded 1 Michelin star in January 2009, and won the AA Restaurant of the Year award in September of the same year.

Glynn won the Great British Menu twice and then later appearing as a mentor.  His first victory was for the dessert in Series 3 (2008), beating Sat Bains in the heats – strawberries with tarragon and black pepper honeycomb with burnt English cream surprise.  He scored a prefect 10/10/10 from the three judges. His second victory was in Series 4 (2009) for the fish course, beating Daniel Clifford in the heats – masala spiced monkfish with red lentils, pickled carrots & coconut.

He has previously featured on The Great British Food Revival and The Secret Chef, among other television programmes.  He can regularly be seen on Saturday Kitchen as a guest chef and host.  He presented the latest series of My Kitchen Rules UK alongside Rachel Allen.

Head Chef: Luke Butcher – working in Michelin starred kitchens since the age of 15, Luke started at Adlards in Norwich where he worked with Tom Kerridge before moving with him to open the Hand and Flowers.  Luke worked as Pastry Chef at The Hand and Flowers for five years.  He joined Purnell’s in 2010 as pastry chef and has worked himself up to Head Chef.

Review: I had the pleasure of eating Glynn’s fabulous food when he was Head Chef at Jessica’s Restaurant in the early 2000s, and he was very good, well worth the 1 star he was awarded.  However, he has clearly come a long way since then!  The food at Purnell’s is first-rate.

Besides the great surprises, jokes and innovations, like an edible “charcoal”, the main courses were outstanding.  The slow cooked neck of lamb had huge depth of flavour.  The Brixham cod was beautifully moist, with a velvety smooth velouté.  My favourite dish was the dessert he won the Great British Menu with in 2008.  This includes red wine marinated strawberries with tarragon and honeycomb, with an excellent burnt English cream that is served in an eggshell.  There are some very interesting bitter notes from the micro herbs that are placed on the plate.  This is a very complex and clever dish, well worth visiting the restaurant to try.

The staff are excellent – very friendly, knowledgeable and they clearly know what they are doing.  They took time to explain the dishes to me and answer all my questions.  The Restaurant Manager, Sonal Clare, knows his wines, and helped me find a great bottle of US wine that was reasonably priced and complemented each of our dishes.  I was also very lucky to have a quick tour of the kitchen and meet Head Chef Luke who took time out for a chat.

There are lots of good restaurants in Birmingham, but if you want something that is really top drawer, then look no further than Purnell’s.