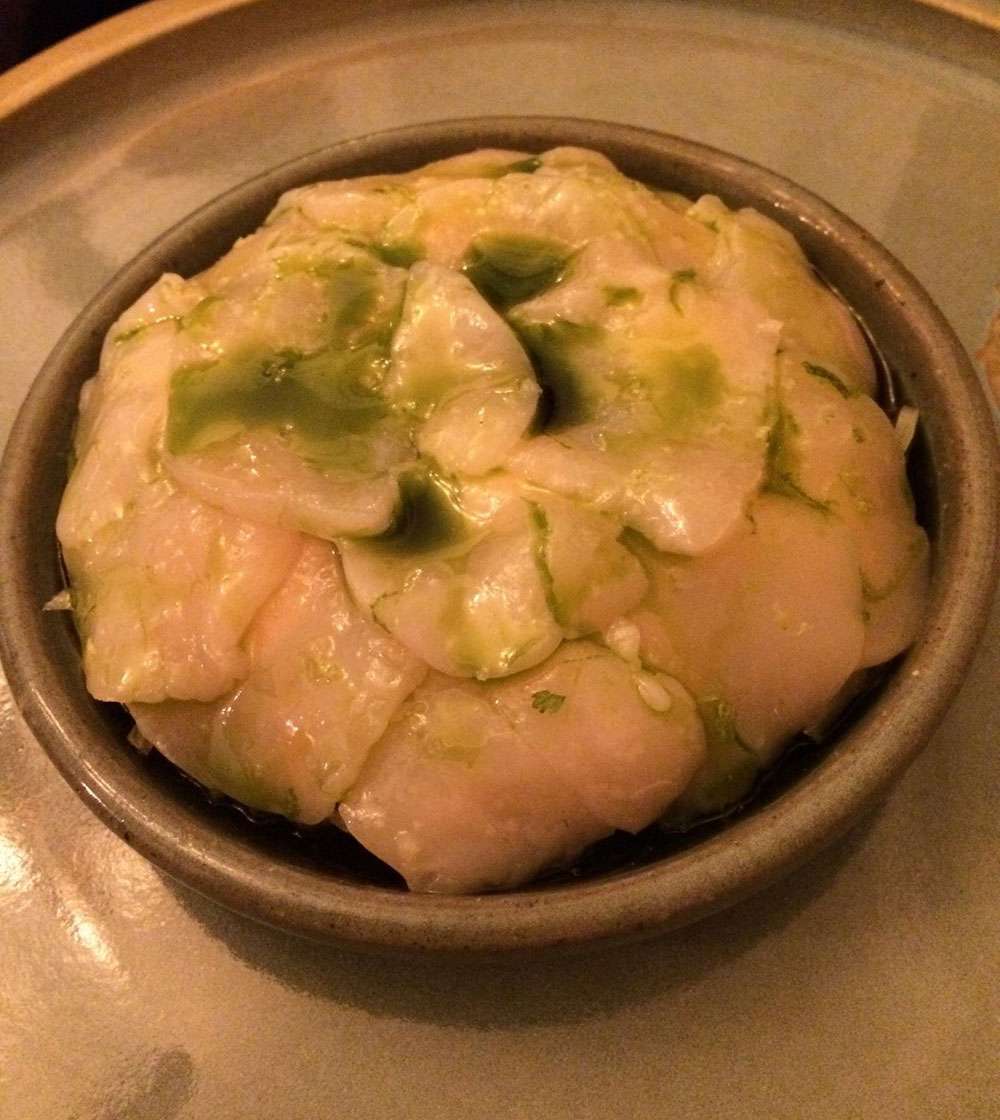 Head Chef: John Walton – Having grown up in Padstow, John joined No 6 Restaurant in June 2008.  He started his career working for Rick Stein at The Seafood Restaurant, before moving to London for three years where he worked at Pétrus.  Paul Ainsworth met John Walton at Pétrus in 2003, when Paul worked as his Sous Chef.

John returned to his hometown to work with Ainsworth at No 6 Restaurant.  He is now Paul’s head chef and won South West Chef of the Year in 2009.

Patron: Paul Ainsworth – After leaving school, Paul studied hospitality and catering at Southampton City College.  Whilst at college, Gary Rhodes invited students to work for him and, following a successful interview, Ainsworth began working for Rhodes in 1998 at his restaurant Rhodes in the Square.  He was with Rhodes for 2 years. He then opened his own restaurant in Padstow with some friends.  He bought out his friends in 2009, and changed its name to Paul Ainsworth at No 6.

The restaurant is inaccurately seen as a competitor of Rick Stein’s Seafood Restaurant.  However, No 6 is not a seafood restaurant: “I’ve tried to complement him [Stein] and offer something different – showcase Cornwall’s game and the shellfish and the meat, and the great artisan producers that we have here in Cornwall”.  Dishes on the menu include rib-eye steak, sweetbreads, anchovy and caviar toast and mussel broth.

The restaurant was awarded a Michelin star in 2013 and its fourth AA Rosette in 2016.  It is included in the Good Food Guide’s top 50 UK restaurants with a rating of 7 out of 10 and describes No 6 as “Padstow’s premier gastronomic address”.  In 2013, Amol Rajan of The Independent rated the restaurant 8.5 out of 10.

In 2011, Ainsworth competed in the BBC’s Great British Menu, winning the dessert course with a dish called ‘Trip to the Fairground’.  This dish consists of cinnamon sugar-dusted doughnuts with raspberry curd for dipping, honeycomb and popping candy lollipops, coconut custard with chocolate and peanut popcorn and toffee apples and marshmallow kebabs.  This show-stopping dessert is now on the menu at No 6 and should not be missed.

Ainsworth also oversees Padstow Italian restaurant Rojano’s in the Square which he reopened in 2011 and, along with his wife, runs The Townhouse guest house, also located in Padstow.

Review: The restaurant is in a beautiful Georgian townhouse in the heart of Padstow.  It serves modern British food with a focus on Cornish sourced produce.  It’s not a seafood restaurant!

The food is beautifully prepared and has lots of nice twists and new flavours.  The staff were very accommodating and attentive.  The menu is not extensive, and there isn’t a tasting menu.

The night we visited, there didn’t seem to be much atmosphere, and the restaurant hasn’t got the energy you find in The Seafood Restaurant.  However, the food is absolutely excellent.

Unfortunately, the famous ‘Trip to the Fairground’ dessert was not on the menu the night we went.  I’ll have to look out for it next time I go.

D’Arenberg Grenache – this is a great beef pairing, rich plum and sweet blackberry fruit flavours, lifted by gentle vanilla and coffee flavours.  There is a slight oak tannin.  Grenache or Garnacha is one of the most widely planted red wine grape varieties in the world.  It ripens late, so it needs hot, dry conditions.

Gavi di Gavi – this is one of my big favourite Italian whites.  The Gavi, (or Cortese di Gavi) DOCG is situated in the southern part of Piedmont, in north western Italy.  The town of Gavi is at the centre of the production zone while Cortese is the indigenous white grape variety from which it is made.  The wine was awarded DOC status in 1974 and was made DOCG in 1998.  It is distinguished by its crisp, floral, peachy, aromatic qualities.  The wines are best enjoyed young.