Outlaw’s at the Capital, 22-24 Basil Street, Knightsbridge, London SW3 1AT (near Harrods) 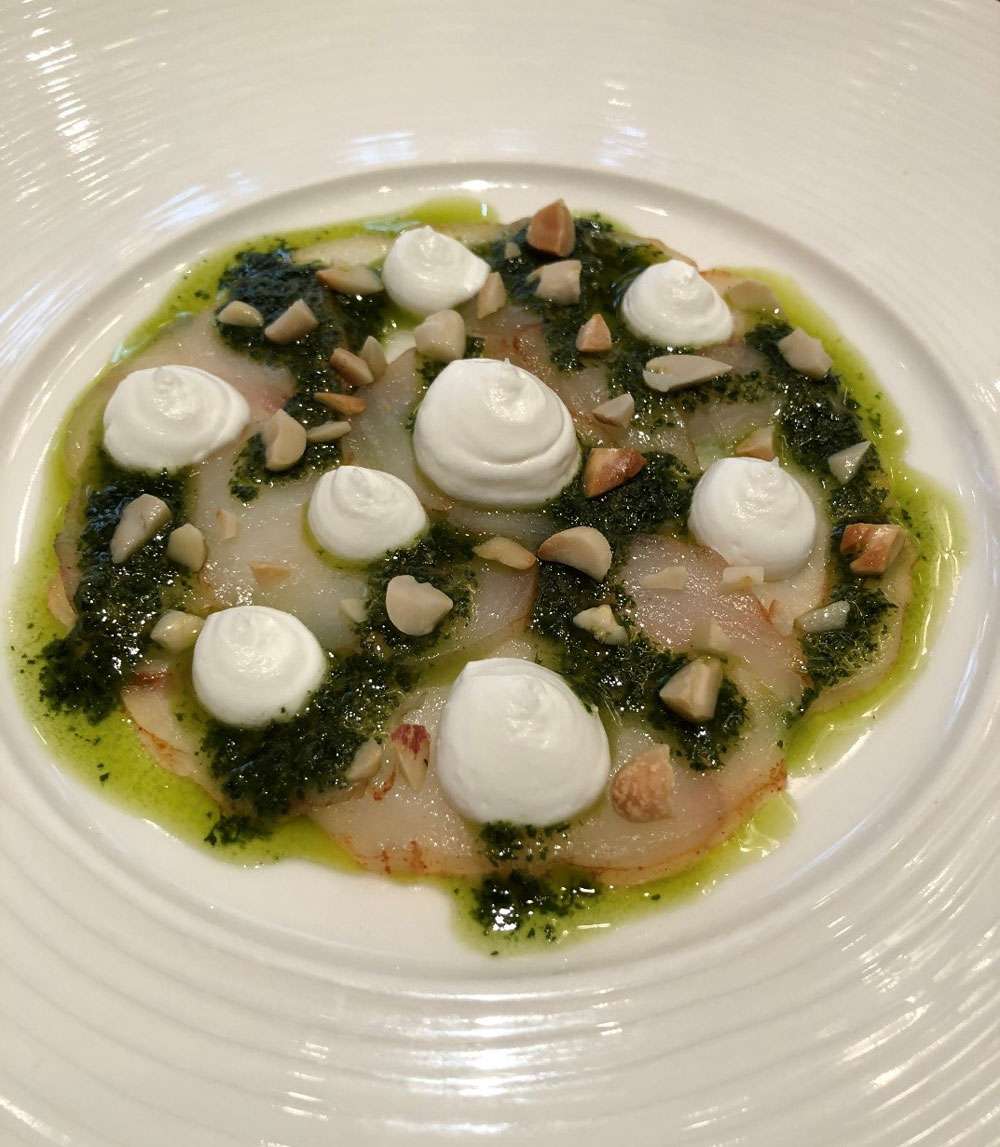 Chef: Andrew Sawyer – Following Tom Brown’s departure in September 2017 to set up his new solo venture, sous chef Andrew Sawyer took over the reins at the Capital.  Before joining Outlaw’s at the Capital, Andrew had previously been a sous chef working with Danny MacGechan at l’Escargot.  Andrew joined Nathan Outlaw’s brigade at the Capital as chef de partie in 2014.  He was promoted to sous chef position within his first year.

Review: We are big fans of Nathan Outlaw, and have visited his other restaurants in Cornwall (see my reviews – Restaurant Nathan Outlaw, Outlaw’s Fish Kitchen) When he opened at the Capital in Knightsbridge we were eager to visit to see how his extremely successful approach that worked so well in Cornwall, had been transformed for a London clientele.  We were not disappointed!

We arrived 30 minutes early for our lunch, so we could have a drink in the hotel bar, after an exhausting shopping spree in Harrods.  Our greeting at the Capital Hotel was not very welcoming, and after being told we were very early for our lunch we managed to get a seat in the bar.  The bartender explained that much of his gin selection had been enjoyed the previous evening, so our choices were not available.  Fortunately, we prevailed.

Then everything improved when we were ushered into the restaurant.  Here the service was much friendlier and very efficient.  The restaurant itself is impressive, comfortable and modern, with high ceilings, large windows and bare wooden tables.  Andrew Sawyer’s food was excellent and showcased Outlaw’s approach to sea food.  The sommelier knew his stuff and we had some great wine.  I wouldn’t hesitate to go back.  When we left after lunch, the hotel staff in the lobby were much more friendly and professional than when we arrived, so this had been only a minor blip!

You can use your Outlaw’s Grub Club loyalty card and get 10% off the bill!

The hotel: The Capital Hotel is a member of the Small Luxury Hotels group and is located a few yards from Harrods

The bar, which was a little depleted when we visited

The wine list has a wide selection of great white wines as you would expect, but also several light red wines that are selected to work well with fish.  I chose a red, a Spatburgunder Sonett 2014, which is quite rare in the UK.  This German wine from Baden is produced by Weingut Dr. Heger.  It is a pinot noir (the same red wine grape dominant in Burgundy).  Baden is the southernmost of Germany’s 13 official wine regions, and the warmest.  Its relatively sunny, dry climate permits the production of good-quality Spätburgunder.  It went extremely well with the fish dishes we selected.