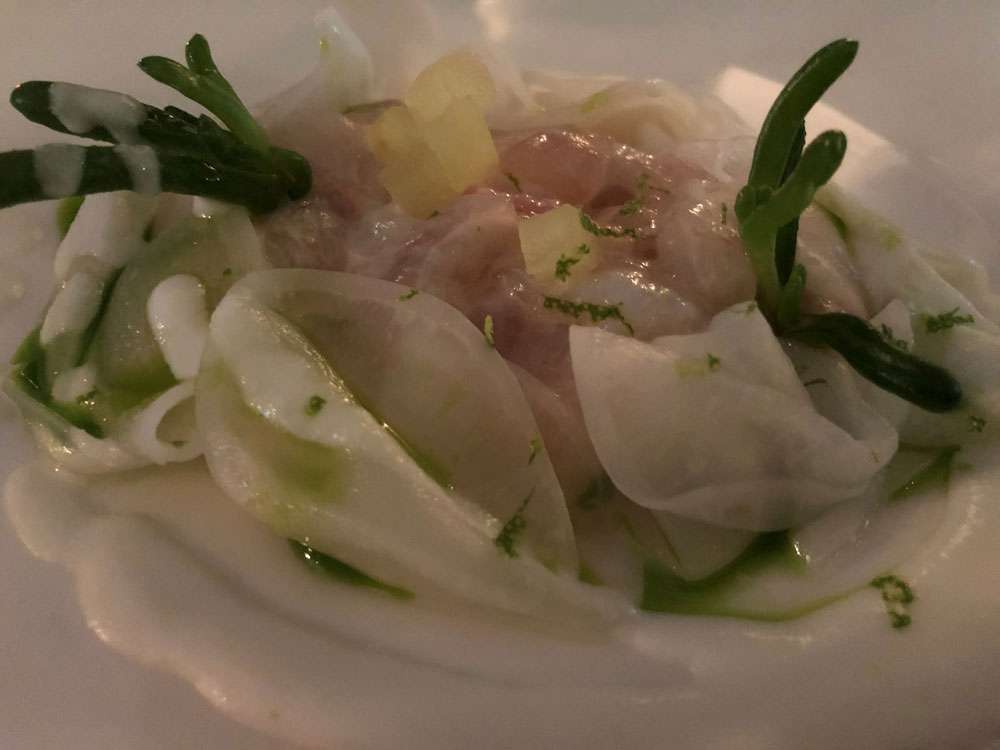 Tickets for the event became available a few months before and we were on the phone trying to make a booking as soon as the tickets became available.  The lines were busy from the early hours and some of the chefs we wanted to see were already fully booked by the time we got through.  This is a very popular event and I would advise you to book as early as possible.  Subsequently, more tickets for some of the evenings became available later in the year.

There is a tremendous amount of work required to put on an event of this size.  Apart from Lisa and her brigade in the kitchen, the front of house team, hotel team, and the ever-genial Craig Bancroft, all provide guests with a superb experience.  I highly recommend Northcote, and Obsession should be a highlight in any foodie’s calendar.

The cost is £150 per person and this includes a canape and champagne reception.  The paired wines cost £63 per head for 5 wines, one served with each course.

The menu on Day 6 was unusual and full of nice surprises, and Craig’s wine pairing was tremendous.

Phil Howard opened Elystan Street restaurant in Chelsea in 2016.  He won a Michelin star in 2017.  He began his career with the Roux brothers in 1988 and then moved to work for Marco Pierre White at Harvey’s and Simon Hopkinson at Bibendum.  In 1991 he opened The Square in Mayfair with Nigel Platts Martin.  A first Michelin Star was awarded in 1994 and a second followed four years later in 1998.  He held 2 Michelin stars for 17 years.  The Square was sold to the Marlon Abela Restaurant Corporation (MARC) in March 2016.  He is the co-owner of 2 Michelin stars The Ledbury in Notting Hill, 1 Michelin Star Kitchen W8 in Kensington, Church Road restaurant in Belgravia, Lorne, Perilla, and UNION in the French Alpine resort La Plagne.  Phil entered The Great British Menu 2012 and his fish course won a place at the final banquet.  (http://philiphowardchef.com/)

Ben Marks is the chef and co-owner of Perilla, in Newington Green, North London, with Phil Howard and Matt Emmerson.  Perilla was opened in 2016.  At the age of 15, Ben moved to Sweden to become commis chef at the Michelin-starred Operakällaren in Stockholm.  He then apprenticed with the Academy of Culinary Arts which led to a placement at Claridge’s Hotel.  Ben then spent a year working at Noma in Copenhagen.  He then returned to London and joined Phil Howard at The Square.  Ben won Breakthrough chef of the Year in the 2017 Food and Travel Awards.  He was runner-up in Great British Menu Series 14 in 2019 representing London & The South East.