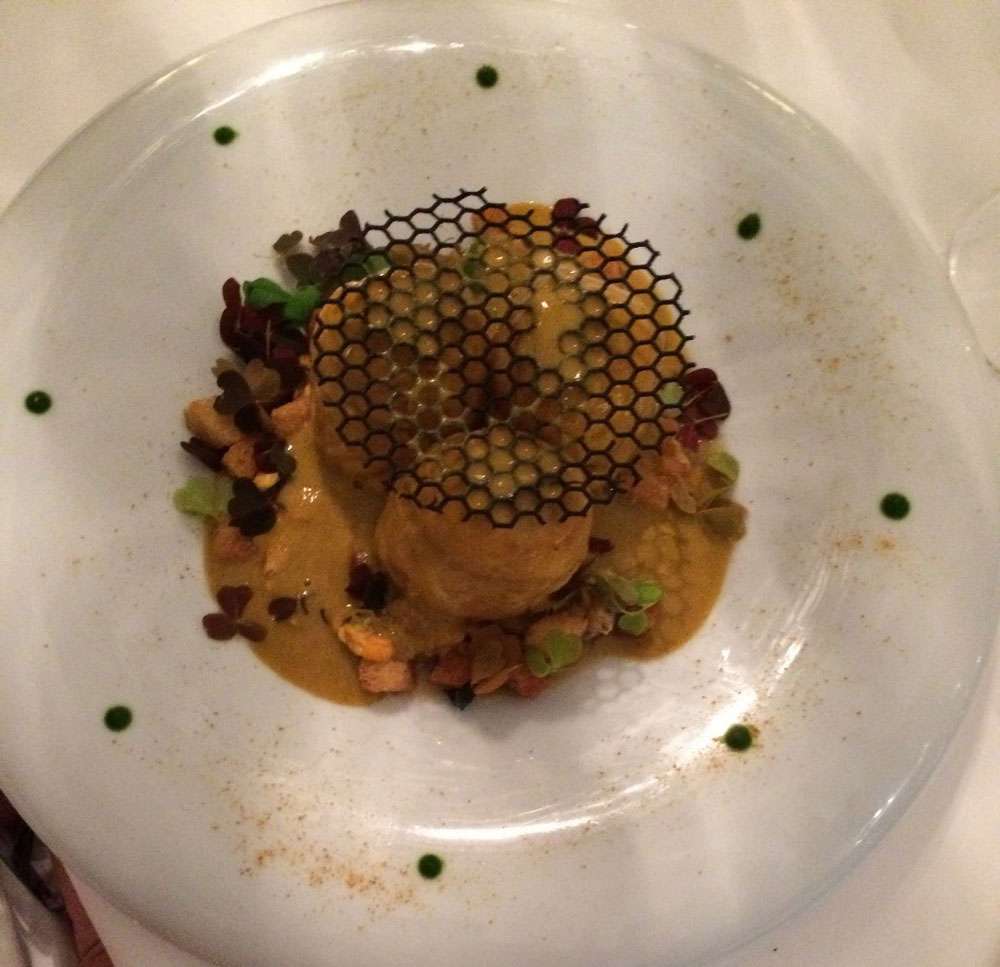 The restaurant: In February 2017, three years after the restaurant was taken over by Chateau Angelus, the Michelin Guide awarded a star to the Logis de la Cadène.  The restaurant is located on a small square in the very centre of the medieval town of Saint-Emilion.  With its steep cobbled street, its old golden stone facade and its wisteria arbour, this is a lovely setting for a restaurant.  There is a shady terrace and three dining rooms.

Review: The setting for the restaurant is simply stunning.  Unfortunately, when we arrived on time, the maître d’ told us that they had not received a response to their calls to confirm we were still coming, and we were not expected.  They said that they had tried to ring me numerous times that day and sent me a number of emails.  The maître d’ made it very clear that the problem was my fault because I had not responded.

We were told they could squeeze us in on a table inside as there was no space on the terrace.  Subsequently, other diners joined us in the back room, and they had experienced the same problem.  They were as disgruntled as we were.

I explained I had received no calls from them, showed them there were no missed call messages on my phone, and I had received no emails.  I also made it quite clear that I was very disappointed to have lost my table on the terrace.  The maître d’ was very surly and disappeared into her office, returning a few minutes later with her proof, a copy of the email she had sent earlier which she slapped down on the table in front of me.  This was a childish fabrication.  The email was timestamped a few minutes previous, so she had only just sent it when she went into the office!  This puerile deception would have been laughable, if we were not so angry.

Being in the back room, there were long waits for service, because all the staff were working on the terrace.  The quality and presentation of the food was very mixed.  The starter and main courses were covered in truffle.  I adore truffle, but there was so much, all I could taste was truffle and it was impossible to taste the actual food.  Overall, we were very disappointed with the welcome, the service and food.

Saint-Emilion is focused on good wine and great food, and in my opinion, definitely worth a visit.  However, if you want a Michelin experience, I would recommend going to the far superior 2 star Hostellerie de Plaisance, and give Logis de la Cadène a miss.