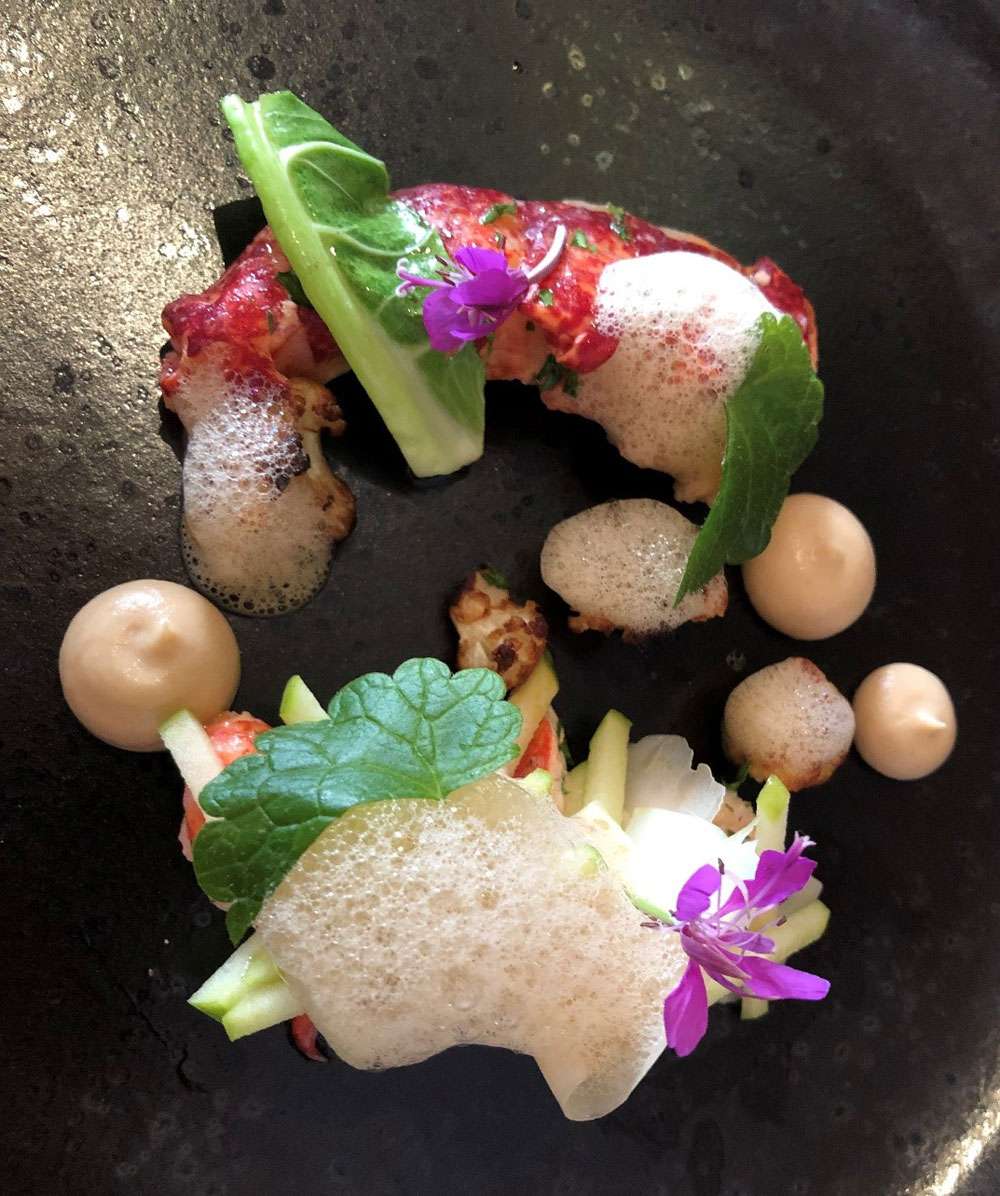 This is one of the best meals I have had this year.  Chef Patron, David Everitt-Matthias creates dishes that are perfectly cooked and full of flavour.  David is one of the UKs most inventive and creative chefs.  The detail in the preparation and presentation of the dishes is clearly evident.  Every course was outstanding.  The front-of-house team, led by Helen Everitt-Matthias, provides exceptional service.

I can’t understand why they lost their two-star rating and now have one Michelin star.  In my opinion this outstanding restaurant provides a two-star experience.

The menu changes seasonally with great care taken to source the finest local ingredients.  I will be returning to try the new menu!  If you are in Cheltenham or visiting the Cotswolds, then I recommend you visit this fabulous restaurant.  You won’t be disappointed.

Chef Patron – David Everitt-Matthias.  David’s career began in 1978 at the Four Seasons (formerly Inn on the Park) in his home city of London, under French chef Jean Michel Bonin. He also spent time working with Pierre Koffman at his restaurant La Tante Claire.

David and his wife, Helen, opened Le Champignon Sauvage in 1987 and David has not missed a service since.

From 2008 the restaurant held two stars in the Michelin Guide.  As of October 1, 2018, the restaurant was unfortunately downgraded to 1 Michelin star for the 2019 guide. The bar and reception area: We chose a Paul Garaudet Vieilles Vignes Meursault 2016.  This is rated as a 3.7/5 on Vivino.  This Cote de Beaune white wine has buttery, oak and vanilla notes that work well with the fish.  The Chardonnay grapes give good minerality and there is pear and peach in the background.