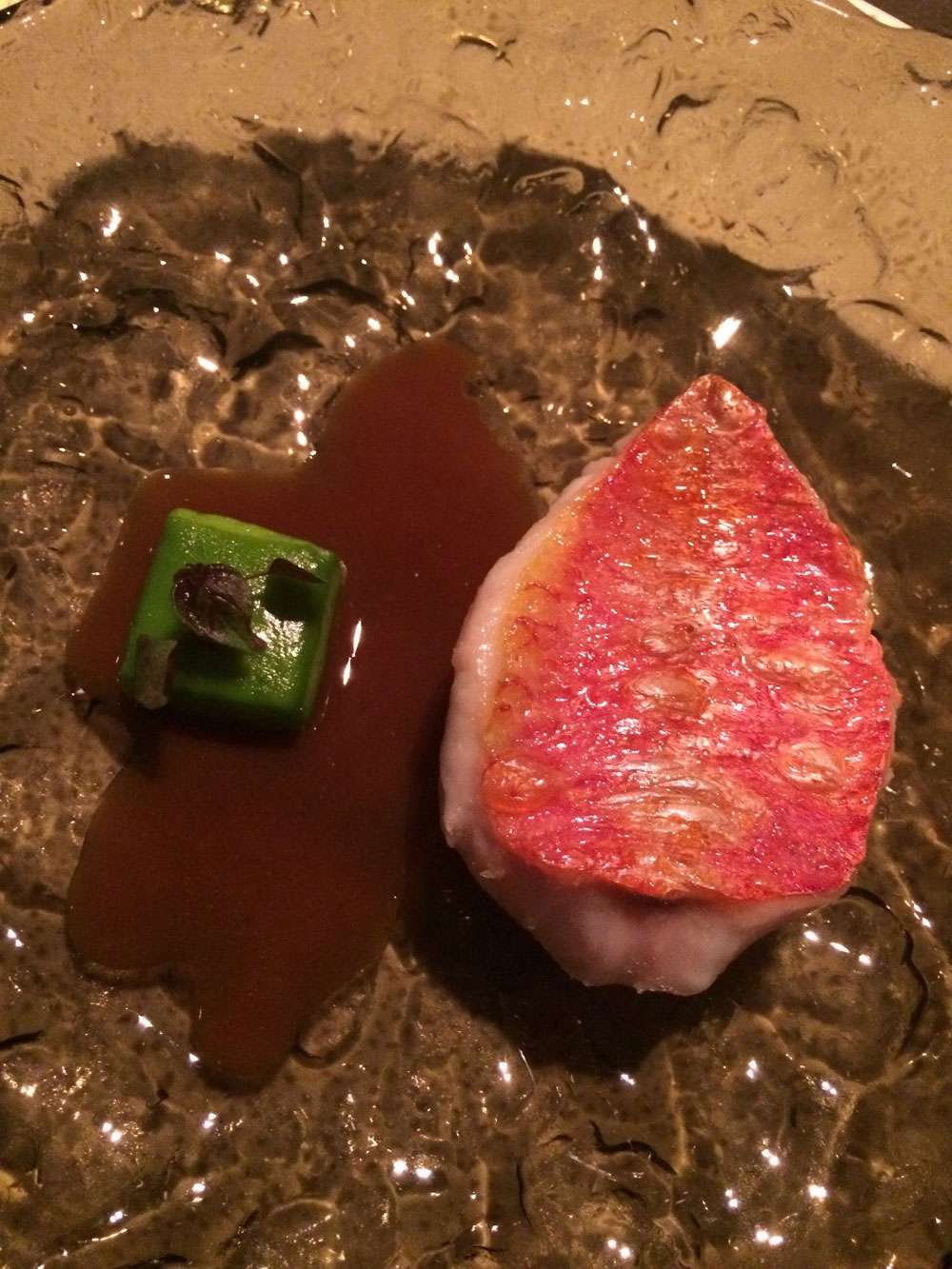 Chef: Sergi Arola – Sergi received his training in the 90s from iconic three-star chefs Pierre Gagnaire and Ferran Adria, among others.  In 1997 he became executive chef at La Broche restaurant in Madrid.  The restaurant won its first Michelin star the next year and a second star followed in 2000.  In 2007 Sergio left La Broche and the next year he opened his own restaurant, simply called Sergi Arola.  Michelin again awarded the restaurant 2 Michelin stars in their 2009 guide.  In 2016, Michelin awarded one star to his restaurant LAB situated at the Penha Longa Hotel.

Vladmir Veiga was the chef who produced this wonderful meal for us when we visited.

Review: We stayed at the Ritz Carlton Penha Longa hotel in November 2017.  There are a range of great restaurants at the resort, and one of the best is the LAB Restaurant.  This has one Michelin star.  The food is innovative and complex, as you would expect from this renowned chef.  The tasting menu is extensive, so if you go, make sure you are hungry.  Each course was accompanied by a wine selected by the sommelier.

The food, wine and overall experience was exceptional.  The service was friendly and informative.  I highly recommend this restaurant and will definitely visit other Sergi Arola restaurants.