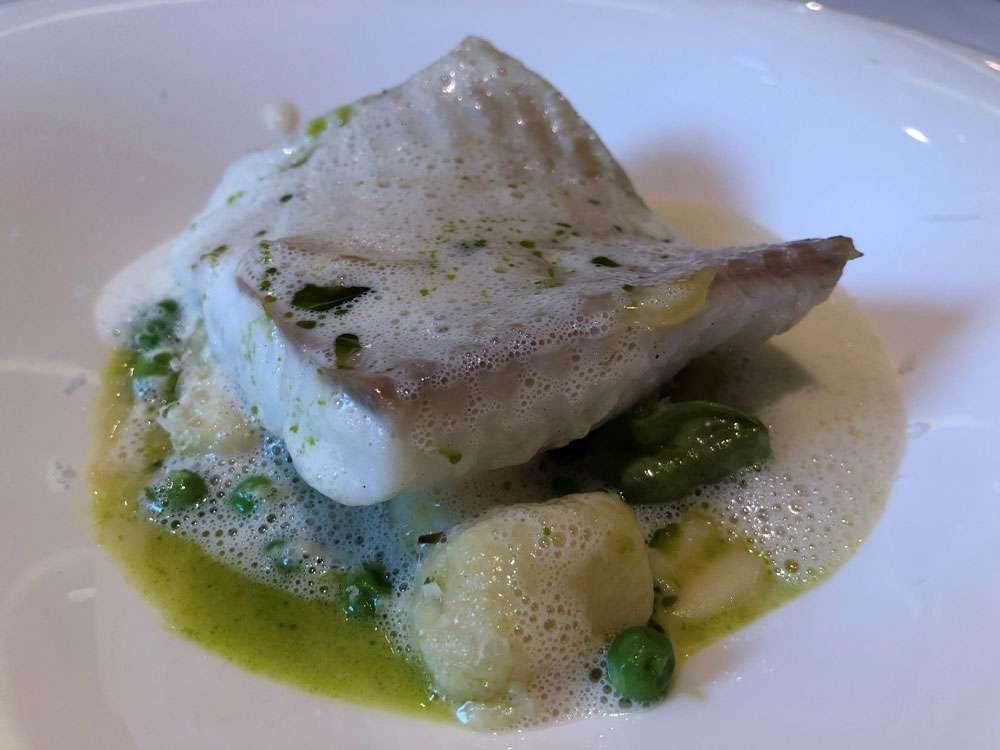 I have had the pleasure to have eaten at Chez Bruce and The Glasshouse in Kew, and have had excellent experiences at both.  I’ve wanted to visit La Trompette for years, and I have not been disappointed.

The food was outstanding.  It is fabulous French cooking with the freshest ingredients, packed with flavour and beautifully presented.  I could easily have chosen any of the starters or main courses as they all appealed to me, and I know I would have enjoyed them.  The level of cooking is exceptional.

The service was also outstanding.  The staff were very friendly, made me very welcome and took time to explain the dishes to me.

The selection of wines is very good, with a wide variety from France as you would expect, but also good selections from elsewhere.  From my stirred dry martini cocktail, an excellent Napa Chardonnay, right through to the trio of cheese wines, everything was served promptly and at the perfect temperature.

La Trompette is a wonderful restaurant and one that I will be visiting again.  If you are in or near Chiswick, I strongly recommend it. It has a medium body and a deep golden colour, with oak, butter and vanilla notes, and some fresh acidity and slight citrus notes.  It was perfect with the turbot.

To accompany my cheese, I ordered a trio of wines.  These included: Rob Weston is the Executive Head Chef.  He joined the kitchen at La Trompette in February 2013 after spending more than a decade working for Phil Howard at his Mayfair restaurant, The Square.  During his time at the Square, Rob went from being sous chef to heading up the kitchen, a position he remained in for 16 years.

During his career he has worked for Marco Pierre White, Guy Savoy in Paris and Michel Roux Jnr’s Le Gavroche.

Patra Panas is Restaurant Manager.  He joined La Trompette in 2013 from The Glasshouse Restaurant where he was restaurant manager from 1999.

La Trompette is the third establishment opened by Bruce Poole and Nigel Platts-Martin following Chez Bruce in 1995 and The Glasshouse in Kew in 1999.  La Trompette opened two years later in 2001 in Cheswick.

They closed at the beginning of 2013 for a complete refurbishment and expanded to include a new kitchen, private dining and improved customer facilities.