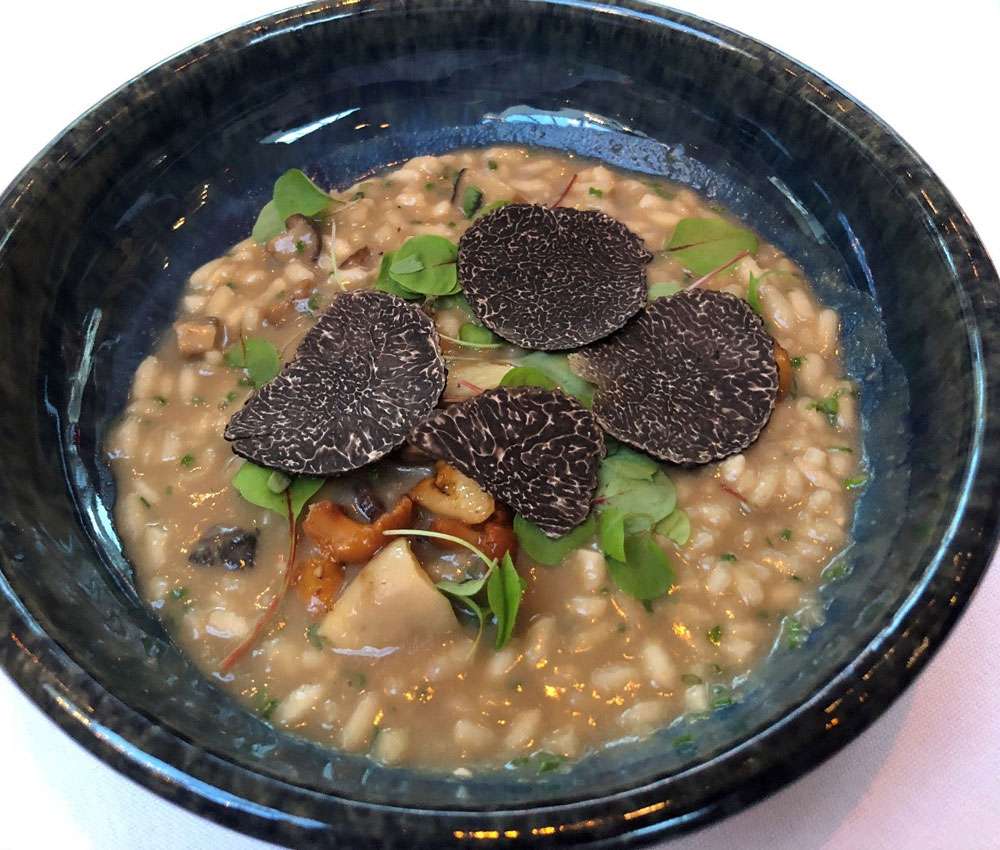 Chef: John Campbell – John achieved his first Michelin star in 1998, in his first year at Lords of the Manor Hotel and Restaurant in Gloucestershire.  In 2000 he launched his first cookery book Formulas for Flavour and quickly gained high acclaim from chefs and avid cooks nationally and internationally, winning the Andre Cointreau award for best recipe book.

After a very successful five-year term at the Lords of the Manor, in 2002 he moved to The Vineyard as Executive Chef.   During his eight-year tenure, he secured a global reputation for the restaurant’s outstanding cuisine.  John ran a successful Academy for young, enthusiastic chefs from all over the world and is dedicated to the training and development of young chefs.  In 2007 the second Michelin star was awarded.

In 2010, John opened Coworth Park with the Dorchester Collection as Director of Food and Beverage, earning the fine dining restaurant a Michelin star in the first year of trading.  John left the Dorchester group to create his own restaurant company.

After much searching for the right ‘spot’ for his new venture, John found the perfect plot in Newbury where he could also add his much longed for cookery school.  John has created a dining space with a Scandinavian feel, whilst keeping the character of the original pub and retaining a warm atmosphere.  This is the 1 Michelin star restaurant The Woodspeen (https://www.thewoodspeen.com/).

John has a remarkable history and is an incredible chef.  He mentored most of the other chefs who in the Vineyard’s line-up, including Nathan, Shay and Matt.

He was in great form in the Vineyard kitchen, explaining the courses to us:

The Vineyard’s resident Executive Chef, Robby Jenks, supported the visiting chefs throughout the week.  Robby has worked as both junior and senior sous chef alongside Michael Caines at Gidleigh Park, and as chef de partie at The Dining Room at Whatley Manor – both renowned Michelin starred establishments:

The Vineyard: The Vineyard’s motto is Eat. Sleep. And drink wine.  Privately owned by Sir Peter Michael and family, this is a 5 red star hotel and spa, renowned for impeccable service, their 3 AA Rosette restaurant and our award winning 30,000 bottle wine cellar.

Sir Peter was inspired by the famous Paris Wine Tasting of 1976 — known as the Judgment of Paris.  This was a wine competition organized in Paris on 24 May 1976 by Steven Spurrier, a British wine merchant, in which French judges carried out two blind tasting comparisons: one of top-quality Chardonnays and another of red wines (Bordeaux wines from France and Cabernet Sauvignon wines from California).  Controversially, the American wines won!!  Sir Peter now owns vineyards in California and produces some stellar high quality red and white wines!

They are proud members of Relais & Châteaux since 2003 and are a temple to Californian wine – a luxurious haven where perfect will have to do.

We attended the final three dinners, with John, Daniel and Billy.  All of the meals were fantastic.  John produced an extraordinary meal and I will be visiting him at the Woodspeen!

John also developed a vegetarian menu for the evening: