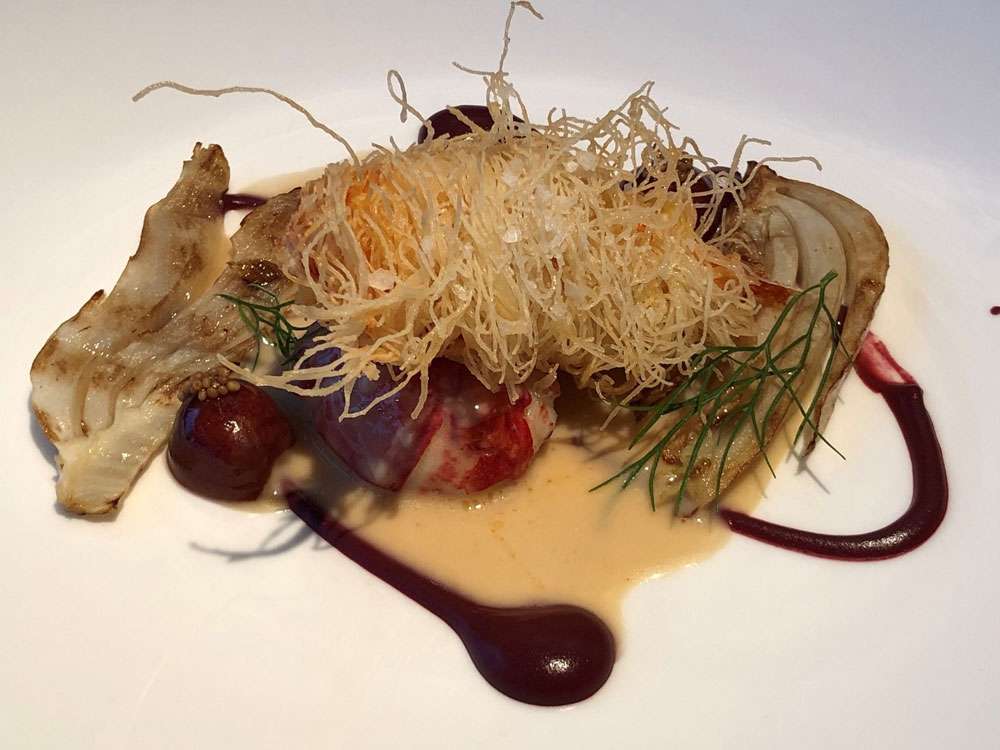 Executive Chef: George Blogg has previously worked at two 2 Michelin star restaurants – with Philip Howard at The Square in Mayfair and under David Everitt-Matthias at Le Champignon Sauvage in Cheltenham.  George also gained experience at Le Manoir aux Quat’Saisons in Oxfordshire, The Ledbury in Notting Hill, and Noma in Copenhagen.  Prior to moving to Gravetye in June 2014, he was executive chef at Hotel TerraVina in Hampshire.  As well as retaining the Michelin star at Gravetye for the last 4 years, in 2015 the restaurant was awarded three AA rosettes.  George has also won the Chef to Watch Editors’ Award from the Good Food Guide 2014, and an Acorn Award in 2011, which recognizes rising stars in the hospitality industry.  More recently in 2018, George was the first recipient of the Matt Campbell Extra Mile Award recognizing his work helping young chefs to develop their careers.

Head Chef: Charles Coulombeau started to cook at Le Relais de la Poste, a 2 Michelin Star restaurant in South West France prior to completing a 2-year apprenticeship in Les Freres Ibarboure, a 1 Michelin Star restaurant in the Basque country.  Charles then became chef de partie at 3 Michelin star restaurant Les Pres d’Eugenie, Aquitaine, France, under Michel Guerard, for two years from September 2013.  In January 2016, he moved to another 3 star restaurant as chef de partie at Maison Lemeloise, Bourgogne, France for about 1 year.  He joined Gravetye in October 2016 as sous chef and was promoted to head chef in July 2018.

The restaurant: The Grade 1 listed Elizabethan manor was built in 1598.  Gravetye’s most notable owner, William Robinson, was one of the greatest gardeners of all time.  He bought the Manor and the one thousand acres in which it stands in 1885, and it was his home until he died in 1935. It was at Gravetye that he realised many of his ideas for the creation of the English natural garden, the style of which is now admired and copied all over the world, but of which Robinson in the nineteenth century was a pioneer.  The evening we visited, we were lucky enough to be able to drink our aperitif outside and admire the garden while we waited for our dinner.

Restaurateur Peter Herbert became known for Gravetye Manor’s success, having renovated the property into a 17 bedroom hotel and restored the gardens on the estate.  The restaurant was first awarded a Michelin star in 2008.

The kitchen has access to a one-acre walled garden that is the driving force behind the inspiration and seasonality of the menus.  Gravetye’s seasonal menu changes monthly, showcasing the quality produce from their kitchen garden and the estate.

Review: We visited on a balmy Sunday evening and were lucky enough to be able to drink our aperitifs in the stunning garden.  The welcome was excellent.  We were given a brief introduction to the history of the manor and shown the garden.  Overall, the service was as excellent as you would expect.  The staff were very friendly and knowledgeable, answering all of my many questions.

We decided to choose from the a la carte instead of the tasting menu option.  Unusually, all of the dishes on the menu appealed to me.

The food was exceptional.  I think that George Blogg’s food is relatively classical.  However, he does not redefine dishes by deconstruction, but works to refine the ingredients themselves.  This was very clever cooking with exciting taste combinations.  The standout dishes for me were the quail starter that was perfectly cooked with juicy pieces of quail, and the John Dory main course that was served with a stunning shellfish sauce.

My only suggestion would be to play some soft background music in the restaurant.  Everyone was whispering and the music might lighten the atmosphere.

If you haven’t visited Gravetye yet, I would recommend you do so.  If you are flying on holiday from Gatwick, then you are only 20 minutes away and it is well worth the visit.  This is an exceptional restaurant, set in a stunning location, and I would not be surprised if another star is added in the near future.  I will be going back!!

The Restaurant and Gardens: