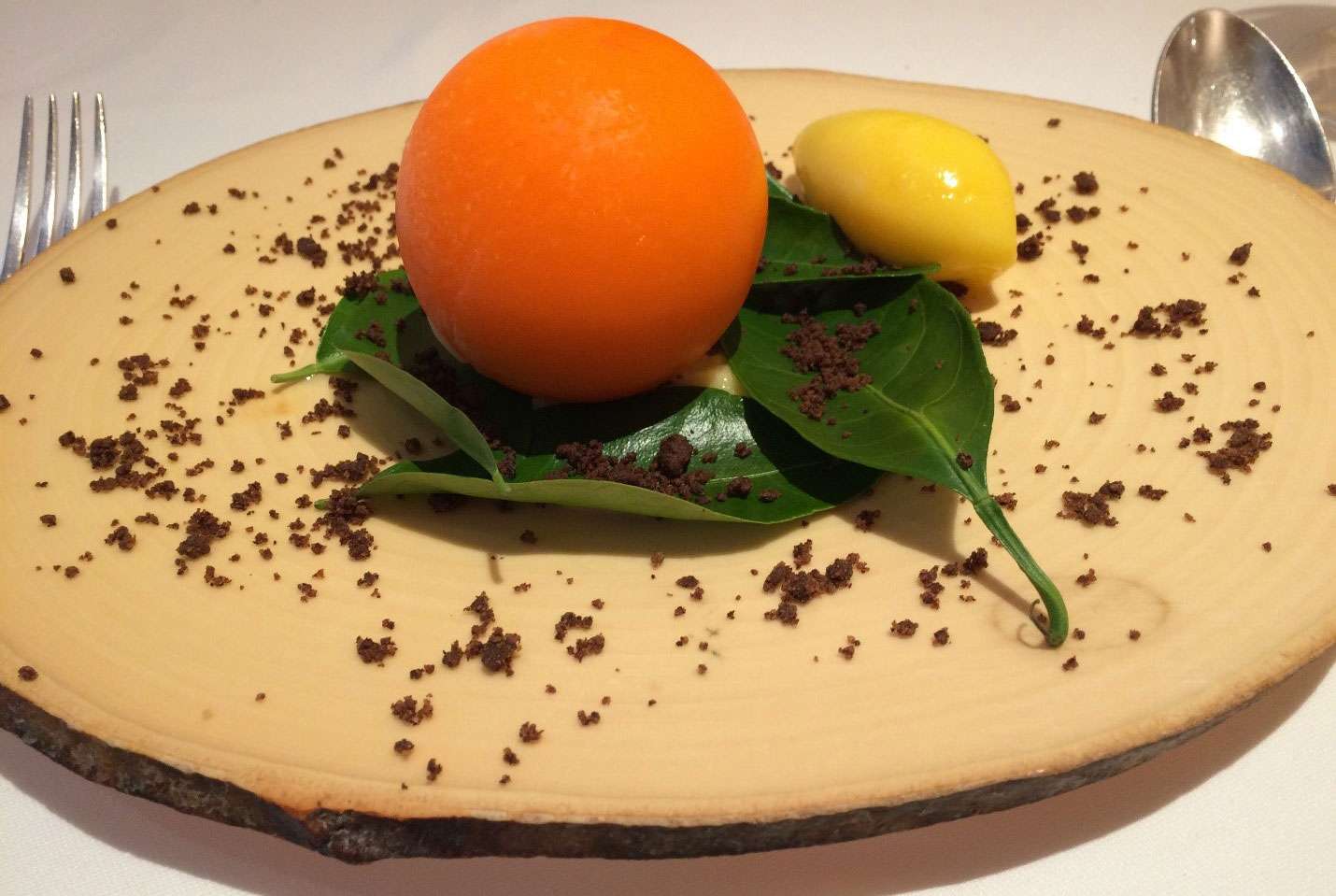 Behind the unassuming door is possibly the best restaurant in Portugal.  Definitely one of the best 100 in the world.

Belcanto was originally opened in 1958.  Avillez opened in the beginning of 2012, and was awarded a Michelin star.  In 2014, it received a second one, making it the first restaurant in Lisbon to have this honor.  The restaurant has 10 tables.

In 2015, Belcanto was voted one of the best 100 restaurants in the world by the prestigious “The World’s 50 Best Restaurants List”.

Review:  The food surprised and delighted us.  This is top drawer cooking.  The presentation is innovative and very appealing.

Staff were friendly and attentive.  White gloves were worn.  Once the staff knew we were interested, we even had a tour of the kitchens and met the chefs.  The restaurant feels exclusive and intimate, with only 10 tables.  Expensive, but worth every euro.  I will definitely return for more.  This is 2 stars +.

You need to ring the door bell to enter the restaurant, and when we arrive 20 minutes early for our booking, we couldn’t get in!!

The wine list has over 350 entries.  Around eighty percent of the wines are Portuguese but there is also a wide selection of wines from around the world.