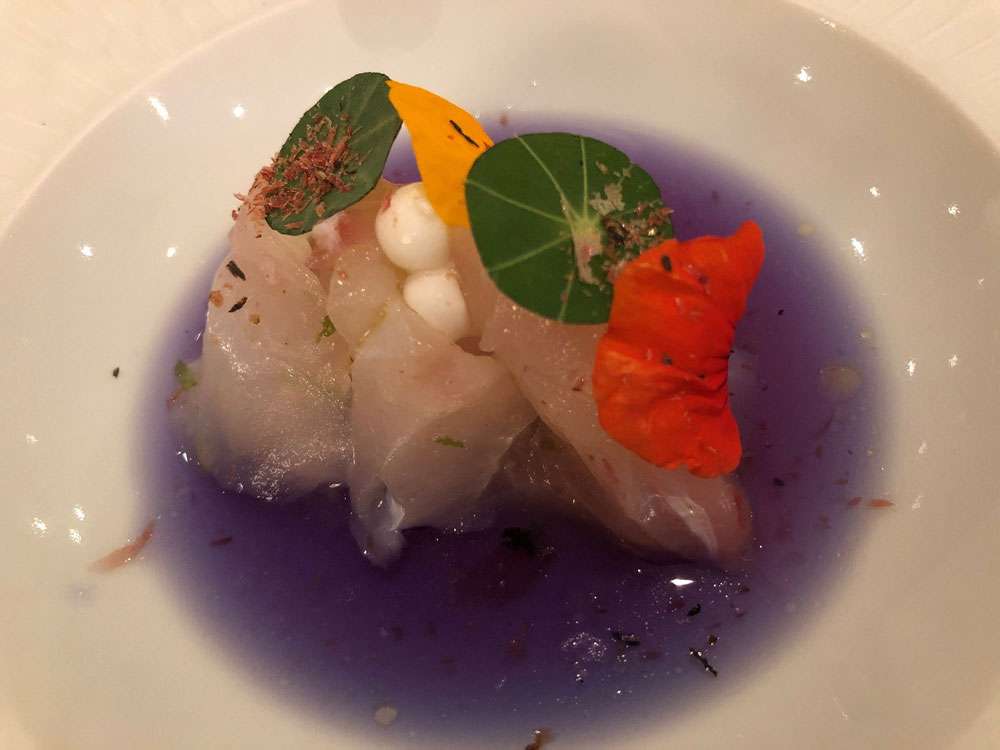 Award: If Michelin stars were awarded in Australia this would have at least 1, possibly 2 stars.

Head Chef: Massimo Speroni joined the Bacchus team in January 2017 from the 2 Michelin-starred restaurant San Domenico in Imola, Italy where he was Sous Chef, working with owner-chef Valentino Marcattilii for 2 years.  He also worked with Chef Marcattilii in his formative years as a Chef de Partie.  He has worked at the 1 Michelin-starred restaurant Café le Paillotes in Pescara, under Heinz Beck. At the opening of the five-star Romeo Hotel in Naples he worked under Chef Andrea Aprea and for the high summer season of 2014, he was Head Chef at the Hotel Monte Del Re’s fine dining restaurant.

Review: Bacchus restaurant is widely regarded as one of the top restaurants in Brisbane having earned a range of accolades:

I was greeted and escorted to a table, pre-set for one person.  When I was seated my waiter explained the different menus.  I had booked the degustation menu, called the Taste of Autumn Experience, and I chose the Wagyu main course, which had a not unreasonable surcharge of 35 dollars.

After consulting with a very knowledgeable and friendly head sommelier, Andrew Giblin, I decided to also go with the wine pairing.  The wine list is extremely extensive with a wide selection of New and Old World wines.  The prices did not seem unreasonable.

It was immediately apparent that the staff knew what they were doing.  Everything was choreographed and the service impeccable.  They were friendly, explained the courses in detail to me and were happy to answer my questions.  They knew all the answers!

The food was simply exceptional and excitingly unusual.  My research shows there is a wide variety of exciting dishes available on other Bacchus menus, and my degustation highlighted only a small sample of what they have to offer.  I urge you to go and try this for yourself.  This was an experience I won’t forget.