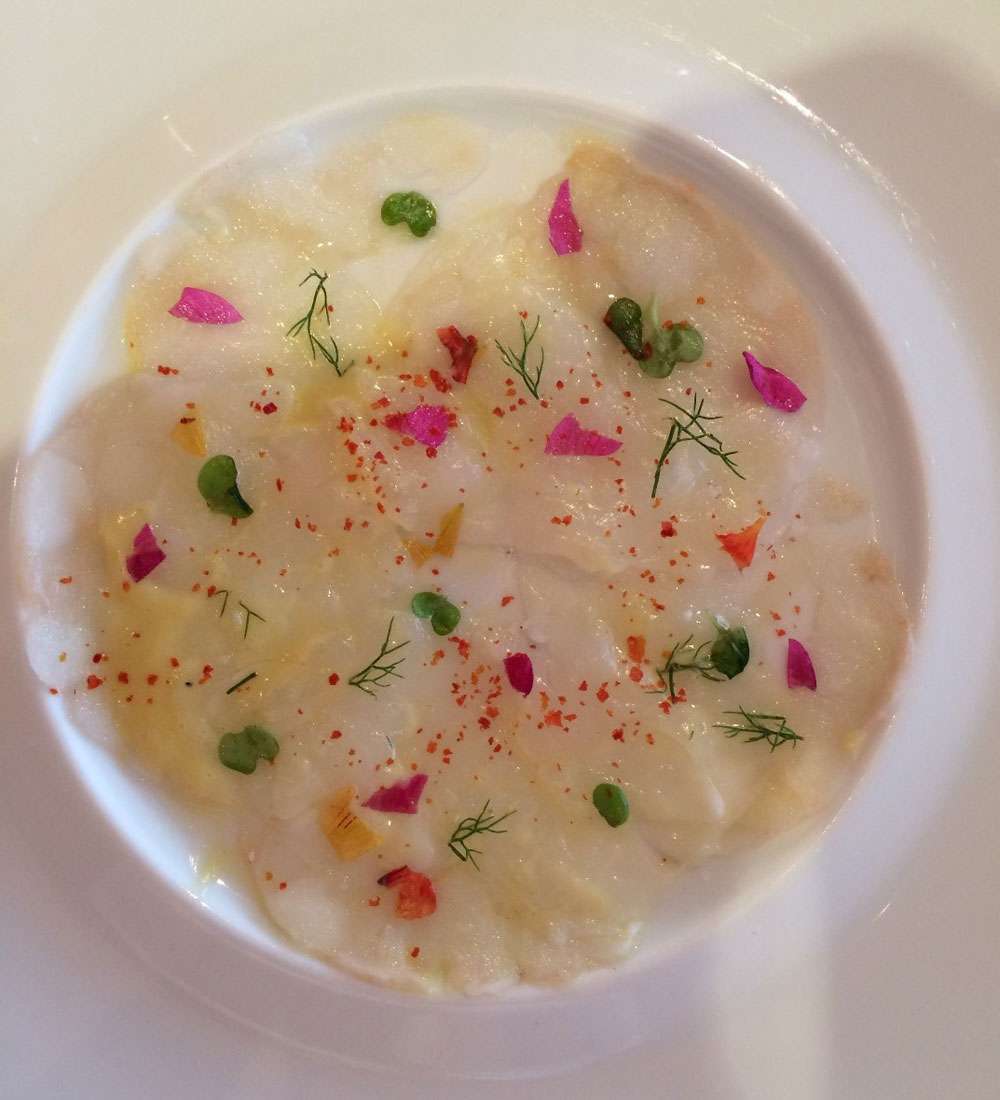 Chef: Mathieu Guibert – After studying at the Lycée Hôtelier Sainte-Anne in Saint-Nazaire, he joined the team at Le Meurice in Paris when they attained their second and third Michelin stars.  He then went on to work with Christian Le Squer in the kitchens of the Pavillon Ledoyen.  After returning to Carcassonne as sous chef to Franck Putelat, he finally moved to Reims, Domaine des Crayères, where he remained for 5 years as sous chef to Philippe Mille.  He took over the running of the Anne de Bretagne hotel and restaurant in 2016. This charming 4* hotel and fabulous 2* restaurant is situated on the sand dunes, facing the picturesque port of La Gravette.  When you drive to the hotel, you pass a number of camping sites, and we thought we were totally lost!  The hotel building resembles a contemporary villa, with clean, modern rooms, a swimming pool and breathtaking views over the Atlantic Ocean.

We spoke with Mathieu when we were checking out, the morning after our meal.  He was very engaging and very interested in our gastronomic journey through France, and our feedback on the restaurants we had visited.  He gave us some homemade chocolate biscuits to take with us, which were truly memorable!

Review:  We were not surprised that the food was as good as it was.  This restaurant has a fantastic reputation, and the food and service definitely lived up to it.  The food was beautifully presented.

The staff were very helpful and looked after us well.

We chose the Crustacean Menu and decided to have the sommeliers selection of wines to accompany each course, with a blind tasting.  The selection was extremely enjoyable, but unusual, and I must admit we only managed to get two correct!

The Hotel and Views: