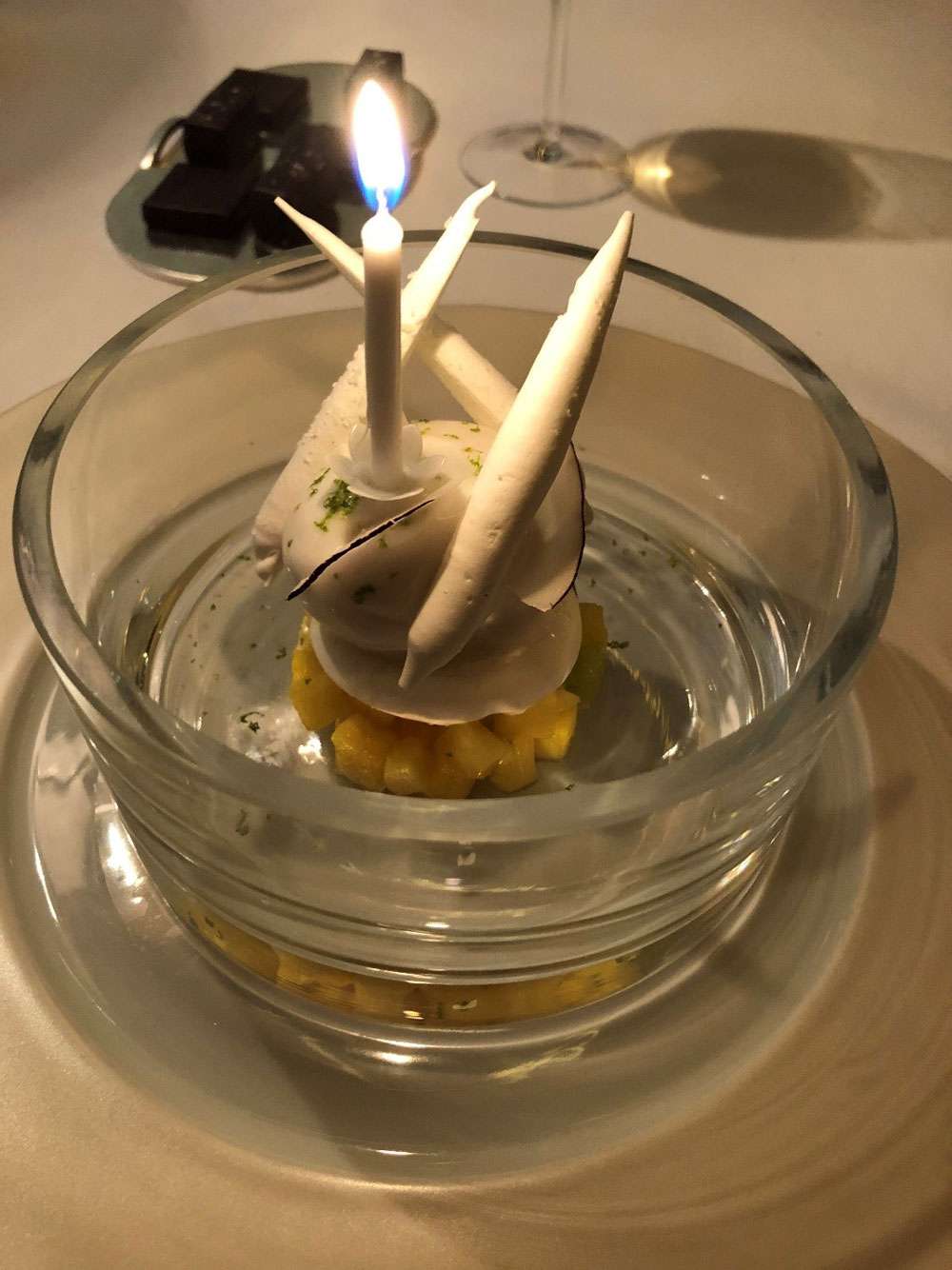 Executive Chef: Jean-Philippe Blondet – Jean-Philippe has been working alongside Alain Ducasse for several years.  His first role with him was at Spoon at Sanderson in London from 2004 to 2006, where he progressed to become a chef de partie.

Then he joined the 3-Michelin star Le Louis XV Alain Ducasse at the Hotel de Paris in Monaco.  Before returning to London and joining Alain Ducasse at The Dorchester, Jean-Philippe held the position of Sous-Chef at Spoon in Hong Kong.

In September 2013, he joined the team at Alain Ducasse at The Dorchester as executive sous-chef under the then head chef Jocelyn Herland.  He was promoted to executive head chef 2 years later when Jocelyn moved to Le Meurice Alain Ducasse in Paris.

Review: Ducasse is a legend.  He was the first chef to own restaurants carrying three Michelin Stars in three cities.

There are only 5 restaurants in the UK that are rated good enough to have 3 Michelin stars, and this is one of them.  I find the Michelin system a little confusing at times.  I can see why Ramsey and Heston have 3 stars, but I’m not sure why Ducasse at the Dorchester has 3, when Marcus only has 2.  Don’t get me wrong; Ducasse at the Dorchester is fabulous; outstanding even.  But I’m not sure if its that much better than some of the 2 star restaurants I’ve been to.

The restaurant interior is memorable.  Unfortunately, our table was hidden behind the “Table Lumière” so we couldn’t see much.  The food was very good to excellent, and the service friendly and precise.  The presentation of some of the dishes was stunning.  The wine was also excellent.  I’m still shuddering about the size of the bill, but I think it was worth it.

I’m not going to hurry back, unless invited of course, because the list of other fabulous restaurants I need to go to is very long and I’m getting old.

I like the Dorchester hotel very much.  Its right up there with the other London icons.

There have amazing flower arrangements

The hallway leading to the bar, Ducasse restaurant and restaurant bar is lined with flowers

Some of the arrangements are breath-taking

The bar at the Dorchester Hotel is undoubtedly one of the greatest in the world. The selection of alcohol is superb.  Some of the finest cognacs, such as the fabulous Louis XIII Black Pearl, is only stocked in this bar.

The “Up in Smoke”, created by Ludwig, the Dorchester’s youngest bartender, using a combination of Diplomatico, Pedro Ximenez and China Clementi, finished with a smoke mist – very Sherlock Holmes

The restaurant: Opened in 2007 to mixed reviews, Alain Ducasse at the Dorchester was one of 27 restaurants around the world operated by Ducasse.  AA Gill for example marked it just one star out of five in 2008.  Recently, the restaurant has been receiving much improved reviews.

Ducasse intended the restaurant to have “the modernity of Beige in Tokyo, the seriousness of La Plaza Athénée in Paris and the flavours of Le Louis XV in Monaco meeting the energy of London.”

In 2009, the restaurant appeared in the Michelin guide for the first time, appearing directly with two stars, and was named a Michelin rising star.  The following year, this was increased to three Michelin stars.

The restaurant serves contemporary French cuisine using seasonal French and British ingredients.  Menu items include roast chicken served with lobster, sweetbreads and pasta, served in a truffle sauce.  Fish dishes include sea bass baked with razor clams in a parsley and shellfish jus, decorated on the plate in a theme reminiscent of the wallpaper of the 1950s.  Zambian Miombo honey is included on the dessert trolley

The restaurant is very contemporary.  The restaurant features a special table for up to six diners called the “Table Lumière”, which is surrounded by a thin white curtain which allows diners at the table to view out into the restaurant but prevents other diners from viewing in, and is lit by 4,500 fibre optic lights.  Diners who book this table are allowed to select from a choice of tableware and menus, described by the restaurant as being a bespoke dining experience:

Each table had a porcelain decoration.  We had a cauliflower: