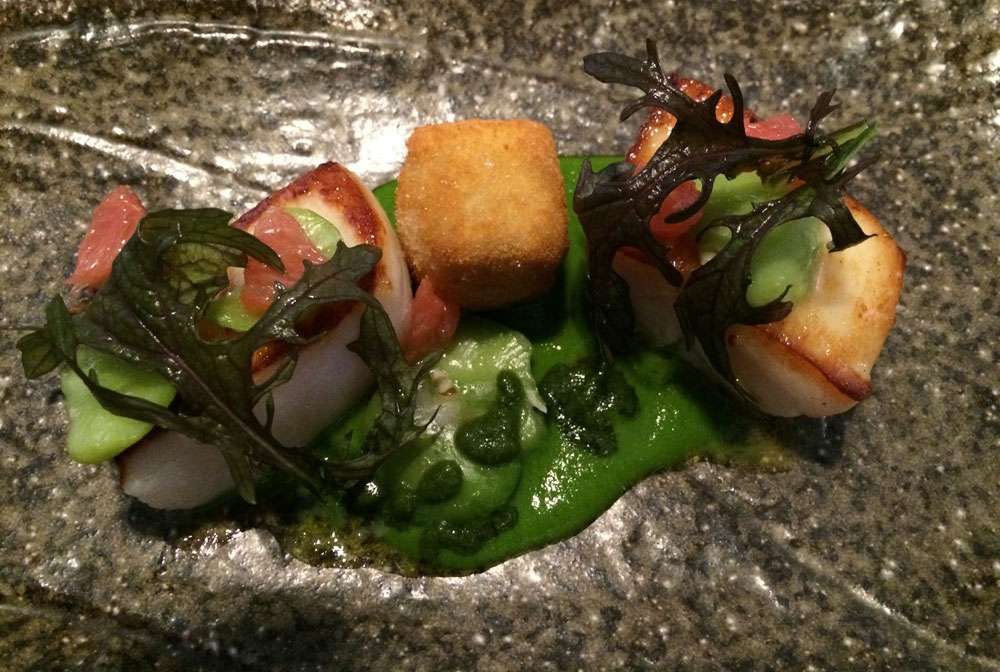 After two years at college, studying hotel and catering management, Adam began his professional career spending seven years at Hambleton Hall in Leicestershire, under Aaron Patterson.  Leaving this role as sous chef, in 2008, he became head chef at Glenapp Castle in the lowlands of southwest Scotland, aged twenty-six.  In the four years he stayed in Scotland, he secured a fourth AA rosette and his first Michelin star, only a few days before his 30th birthday.

Review: The restaurant is spread over three floors and seats 36 diners.  Downstairs is the large kitchen and the chef’s table.  The decor is smart, and the tables well-spaced.

Service was genuinely excellent.  When I asked our waitress a question about a dish, she knew all about the cooking process.  The sommelier and bar staff were experts, and very happy to make suggestions and explain the wine selection.  We added a dish to the tasting menu, and when I asked for a copy of the menu the dish change was included.

The food is absolutely fabulous and presented in interesting and innovative ways.

This is a restaurant that is local for me, and I will go back again and again.